The BHS Jazz Band is comprised of 20-25 advanced musicians who perform a variety of
music from the jazz idiom, including swing, Dixieland, Latin, funk, jazz fusion, and rock. The jazz band is an audition-based ensemble that places student improvisation and community engagement at the core of its mission.

The group performs more than 15 times throughout the school year in settings that run the gamut from traditional school concerts and regional competitions to the Beverly Business Showcase at the North Shore Music Theatre, the North Shore Polar Plunge, and on the shell at Lynch Park.

The Jazz Band received a nomination to perform at MAJE State Finals in 2013 and received Gold Medal designations while competing in Washington, DC (2013) and Chicago (2014). 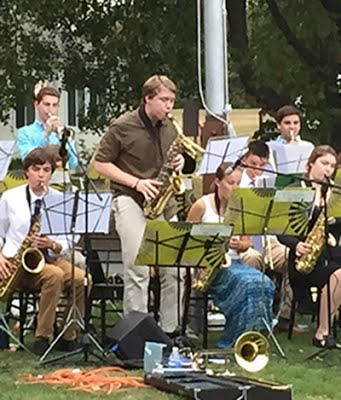